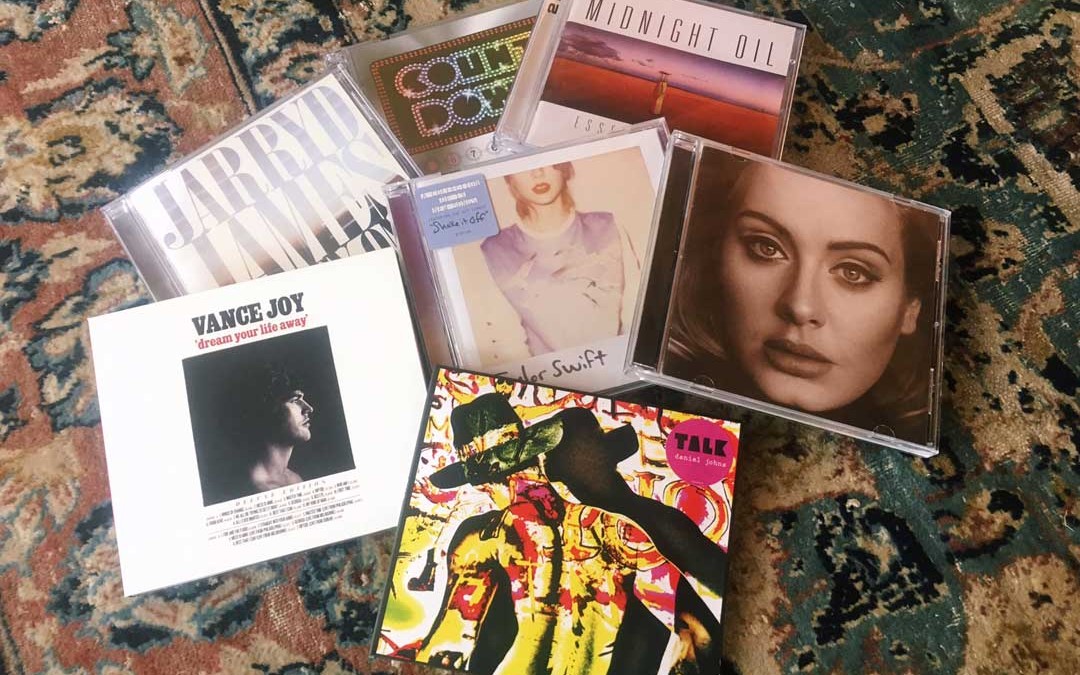 At a wedding I attended recently, as the first notes of the bridal waltz began to circulate through the otherwise silent room, the waitress standing behind me burst into tears. My heart ached for her; how inconvenient for that unintended, yet so familiar, reaction to occur on the job. With no box of tissues on stand by, she had to wipe her eyes with the napkin wrapped around the wine bottle she was holding.

A couple of hours earlier, I’d barely been able to hold back what would have been a barrage of tears (for the sake of my mascara) when the three piece band started playing as the bride walked down the aisle.

I’m sure I’m not the only one who’s had to stop my car on the side of the road due to a song that seems to penetrate the core of my being. I continue to find it amazing that a lyric can reignite a memory that I’ve not even consciously thought about for years.

It happens most often in Summer. I find myself tuning into TripleM or a classics station; where I hear songs that can send me through a time machine back to events that occurred in the late 80s and 90s.

Venus’ by Bananarama has me gyrating my hips in my seat as I recall taking centre stage at the Twains nightclub in Surfers Paradise, years before I was even officially allowed in one!

I Will Survive’ by Gloria Gaynor has me stepping back into one of the girl power’-like circles of females huddled on the dance floor singing at the top of our lungs.

I Was Made For Lovin’ You’ by Kiss has me pashing the cute green-eyed boy in the back of the Chasers lounge all over again (several times).

While The Eye Of The Tiger’ theme song from Rocky has me re-living the pounding of the pavement on my pre-HSC exam walks, adrenalised by a mix of nerves and anticipation.

At a physiological level this actually makes a lot of sense; the part of our brain that is responsible for controlling our emotions – the limbic system – is also involved in consolidating memory and the processing of sounds.

What we can learn from this link is that music not only has the potential to involuntary stir up our emotions, but it also gives us the power to voluntary create the emotions we desire.

For a long time during my illness I couldn’t listen to music; I literally didn’t have the energy for the sounds. I would just want to stick the biggest ear plug in my ear and slam the pause button on whatever I heard around me; I ran out of cafes, I flew past street buskers at lightning speed and I would turn into a nervous wreck when a neighbour decided to stage a house party.

As someone who danced her way through her late teens and 20s; developed a passion for live music during her early 30s and was a regular attendee at musicals, theatre and concerts, this newly forced silence was at first deafening.

So having been traumatised in some way by music during my illness, when I regained my health and energy, I had to teach myself to enjoy it all over again.

When a friend, who knew me as the live music lover, came to visit last year, I think he nearly fell over backwards at the collection of CDs lining my rack. Amongst a few pop and chill out artists were scattered the likes of Grease, Dirty Dancing, Annie, Pretty Woman, Fiddler on the Roof and Sound of Music.

These CDs are now proudly exhibited because they were what enabled music to be brought back into my life. One day in the early stages of my recovery, working on a hunch, I called up my mother and asked her to go to JB HiFi and buy me as many of the soundtracks I enjoyed in my youth as possible. These were what she came back with. 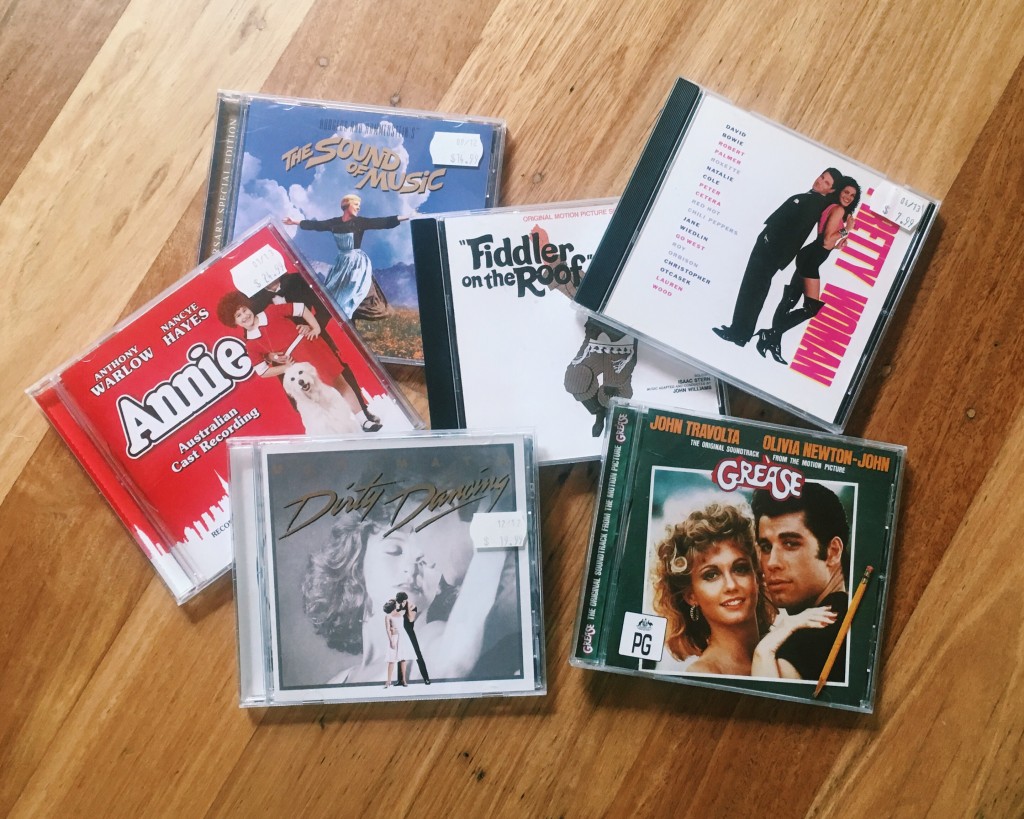 What I was essentially doing was starting with music that generated positive, happy carefree memories. Tentatively I’d play a track or two, and as I listened and sang to these childhood favourites, my acceptance and love of music began to resurge.

When I eventually developed the stamina and courage to turn on my old iPod and listen to Coldplay, I cried and slapped my hands on my knees as the lyrics of Fix You’ belted out through my speakers. I also curled into a little ball as I played 4 in the Morning’ by Gwen Stefani recalling voice mail messages my ex-boyfriend used to leave me at 4am with that song chiming through my phone.

I continue to use these same principles today. Before I select a CD or iTune I often ask myself what do I need now?’ There are a lot of musical therapies around but sometimes the best ones are those we create ourselves.

Although I am turning to the musicals less and less, there are times when I need to jump back into that Mary Poppins drawing and reclaim my childhood.

Lately when I’ve needed a good cry, I switch on Adele 25, and I’m never disappointed. Like wise, Taylor Swift can get me pumping around the house on a rainy day, reminiscing about romantic encounters entailing red lips, short skirts and bad boys. A steamy afternoon has me soothed by the sensual sounds of Jarryd James; while Coldplay can make me do just about anything.

When my tinnitus takes over, a few yogic chants, classical music or a beautiful flute compilation settles me nicely. 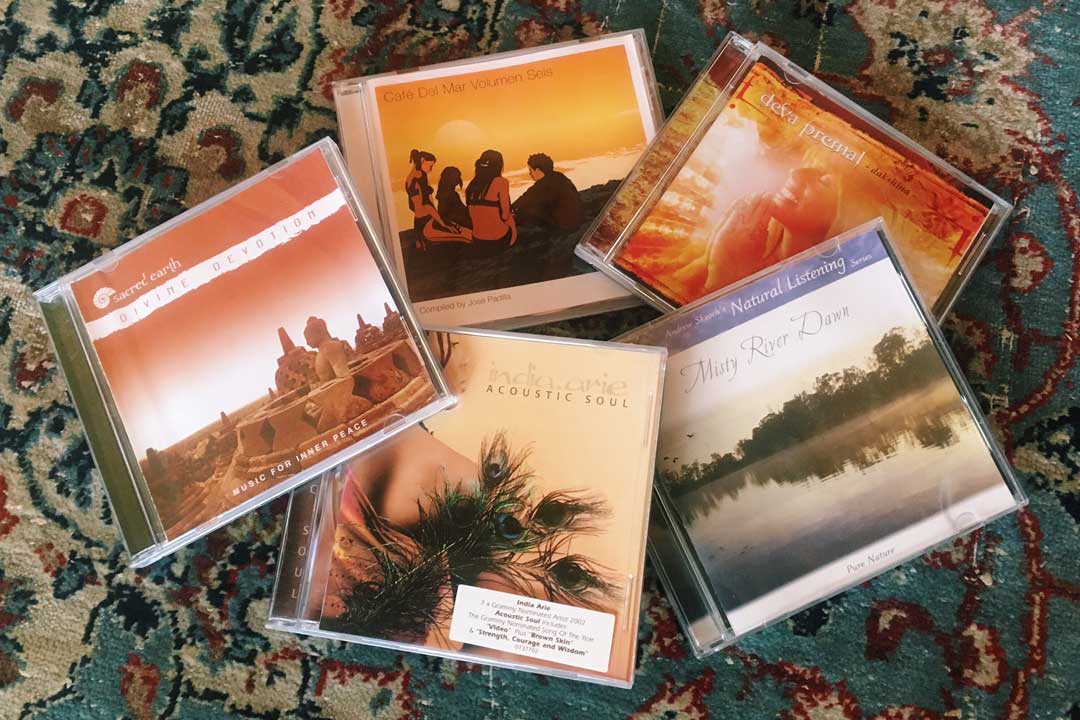 A friend of mine says she needs no other company when she has Van Morrison in her lounge room.

Although I now value my ears too much to frequent venues with music blaring at a decibel level that resembles a jet plane taking off; it doesn’t mean I don’t occasionally play Dallas Crane and close my eyes and re-enact the girl dancing in a white dress at the Prince of Wales Hotel in Melbourne.

Last week memories of a small, darkened, crowded room in a suburban venue flooded back just from seeing the announcement of a Kate Miller-Heidke gig.

I now can listen to most kinds of music again, but I’ve also learnt to cherish the sweet surrender of silence and the natural murmurs of the world around us.

Living in the bush I often marvel in childlike delight at the dawn mating calls of birds and the orchestra at dusk, together with the rumblings of the wind, ocean and rain. I’m simultaneously uplifted, calmed and mesmerised by what I can only call the music of our inner soul.

For this reason, I no longer like being asked for my musical preferences as I really don’t know how to answer the question. I’ve learnt that I can like different types of music at different stages of my life or even the day. A few months ago I walked into a JB HiFi store for the first time in near on 10 years and came out with a collection of CDs as diverse as the weather.

Music is not just a distraction, a background filler or a way to curtail the noise in our busy heads; it literally can heal us in more ways than one. Have fun, experiment and become mindful the next time you turn on your iTunes or slip in a CD; what emotion would you like to activate? what memories would you like to create? where would you like to go, right now?